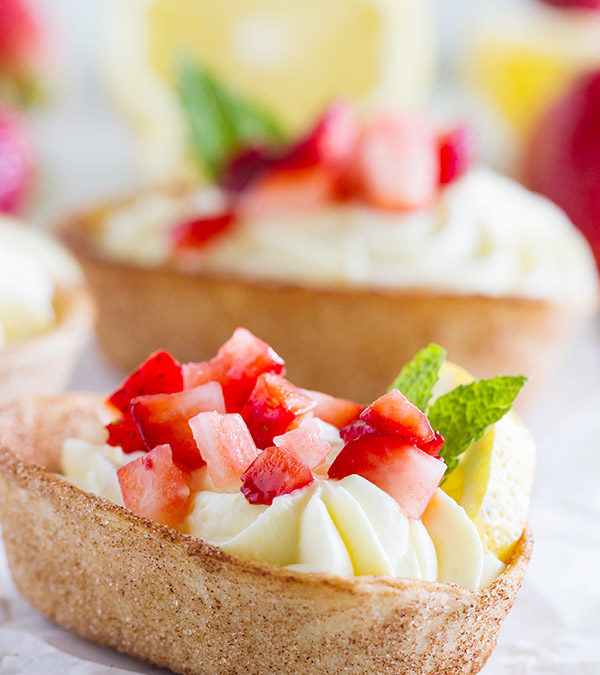 (Photo and recipe for Lemon Cream Taco Boats from tasteandtellblog.com)It’s been quite some time since we’ve posted a recipe here but with the weather warming up, it’s about time to share a ‘boat’ named snack perfect for the season. This one’s nice and light for those hot days where you just need something refreshing.(Unfortunately, this one probably isn’t a great snack for a day on the actual boat, but it has boat in its name, so we’ll deal with it).

Okay, random side comment, I was unaware that Old El Paso sold mini taco boats. What a great idea! Anyway, here’s the rundown on making these delicious treats.

Note: You can make the cinnamon-sugar boats and the lemon cream ahead of time, but don’t assemble them until ready to serve as they will get soggy.And there we have it, a perfect dessert for this lovely spring weather.(Recipe found at tasteandtellblog.com. Stop by the site for more delicious recipes!)