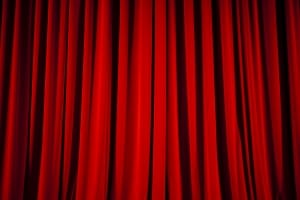 Looking for some fun and entertainment, perhaps of the theatre variety, later this month in Coeur d’Alene? Well, it sounds like Coeur d’Alene’s Summer Theatre (at the Cd’A Eagles Lodge) might have just the thing for you. (It’s not boating, but hey, gotta have some variety in our lives, right!)

On November 20th, 21st and 22nd, the CD’A Theatre is hosting the Broadway Musical Comedy, First Date. This comedy is purported to be 90 minutes of lighthearted musical fun that having you laughing until your stomach aches.

According to cdasummertheatre.com, the show “chronicles a blind date between Aaron (who has never gone out with a stranger) and serial blind-dater Casey.”

Whether you’re headed out for your own date with that special someone, hanging out with some friends, or taking the family out for a night on the town (Rated PG-13), this might be just the ticket for an entertaining evening out!

The theatre’s set up with the audience seated at tables, so they’re more involved with the show. Plus, beverages can be ordered at the top of the show for you to enjoy.

Sounds like fun to me =) If you’re interested, hop on over to the Theatre’s web site for more details and to order tickets.